A new installation, ‘Secure’, for multiple loudspeakers, will be premiered at the London Contemporary Music Festival (LCMF 2013) on 3rd August 2013, in a multi-storey car park in Peckham. 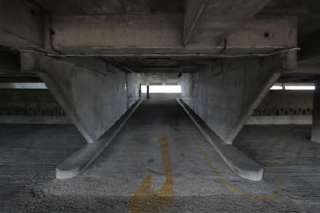 The loudspeaker: an icon of modernity, the ultimate harbinger of the dislocation and re-embodiment of sound that swept through 20th century music. But with Alvin Lucier and Steve Reich’s experiments in the 1960s (Bruce Nauman and Michael Snow performing Reich’s Pendulum Music at the 1969 Whitney Biennial above), the speaker also became a rich source of creativity for composers and artists. Here we celebrate the musical results.